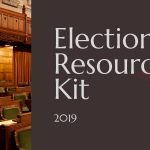 Canadians will go to the polls to vote in a federal election on October 21. Canadian Quakers care about many peace and social issues. This Election Resource Kit has been created to help you ask informed questions of all candidates seeking election to know where they stand on several key issues that CFSC works on. At the end of this Kit you’ll see links to other kits with many more questions on other topics that may be of concern to you. You can read the resource below, or download it in PDF to make it easier to print and share.

Canada spends more than $20 billion on criminal justice each year. This expense has increased while Canada’s crime rate has declined. Spending on prison security, courts and corrections diverts funds from more effective and essential services that support healing and rehabilitation for offenders, victims, families, and communities.

Most prisoners return to their community with little support, including housing, income, healthcare or social services to help them continue healing and to reintegrate back into society. This propels people back into negative patterns and behaviours that led to their incarceration (e.g. limited employment, homelessness, mental health or addiction, unhealthy family relationships). As a result, their prison experiences can lead to increased risk of re-offending and limit their opportunities to change their life path.

UN Declaration on the Rights of Indigenous Peoples

The Truth and Reconciliation Commission called the United Nations Declaration on the Rights of Indigenous Peoples the “framework for reconciliation.” The UN Declaration provides the necessary principles, norms, and standards for reconciliation to flourish in twenty-first-century Canada. Canada endorsed the UN Declaration in 2010. Private member’s Bill C-262 called for Canada to ensure that its laws are consistent with the UN Declaration. The Bill was passed in 2018 by the House of Commons but was deliberately delayed by a handful of Conservative Senators, which eventually meant the bill did not become law.

Without any parliamentary or public debates and without having made it part of their platform in the 2015 election, in 2017 the Liberal Government announced a plan for an astonishing 73% increase in military spending. The majority of the spending would be on fighter jets and war ships, with a 5% increase in sailors, soldiers, and air force personnel.[4] Given Canada’s history with military procurement, it seems quite likely that the price tag for this new hardware could be much higher than what we’ve been told so far.

In 2016 the Globe and Mail reported that Canada was the second largest supplier of arms to the Middle East.[5] The Canadian Commercial Corporation (CCC) acts as a broker to sell Canadian products abroad, including weapons. In February 2014 it signed a deal for Canada to sell so-called “light armored vehicles” to Saudi Arabia, with heavy penalties for breaking the contract. Yet that was two years before Global Affairs Canada had even reviewed this deal for its human rights implications! Canada recently acceded to the Arms Trade Treaty, an international Treaty meant to save lives by preventing the flow of arms to conflict zones. If Canada is going to take its commitments to promoting peace and human rights seriously, it clearly needs to make CCC and other Crown Corporations subject to more meaningful regulation.

The majority of Canada’s weapons exports go to the US. Some of these Canadian weapons or parts later turned into weapons may be sent on from the US to other countries, whatever their human rights records. Canada can send these military goods or goods destined for military end uses to the US without reporting on them or doing human rights reviews. Failing to regulate arms exports to the US is a violation of the Arms Trade Treaty, which applies globally.

The UN and World Bank confirm that in the most pessimistic scenario the net savings of war prevention for the international community, not even the countries involved directly in the war, would be almost $700 million per year, and “the benefits of prevention increase over time whereas the costs fall.”[6] These numbers don’t take into account war’s major contributions to pollution and the climate crisis. They don’t take into account the immeasurable human costs of war. Clearly prevention matters. Yet Canada has no body tasked with truly making prevention a top priority.

The Canadian Peace Initiative seeks to establish a Cabinet-level Minister of Peace within the Government of Canada, and a federal Department of Peace.[7] The Department would make Canada a leader in developing and implementing a coordinated and coherent approach to violence prevention and peacebuilding domestically and internationally.

A suite of new techniques called “synthetic biology” is advancing at a rapid pace. Chinese scientist He Jiankui shocked the world recently in announcing that he had edited the DNA of two human babies in ways that could be inherited by future generations. In Canada this human experimentation would have been illegal, but some are calling to loosen these regulations. Other uses of techniques like CRISPR are legal in Canada and genetically altered products are already on the market, including perfumes, flavours, and clothing. Some hobbyists have even begun to experiment with editing themselves.[8]

In 2018, researchers at the University of Alberta created horsepox (a virus related to the extinct smallpox) from scratch “by stitching together fragments of mail-order DNA in just six months for about $100,000.” Alarmingly, when the research was published it also included details on how to repeat it. This suggests that many labs would today be able to synthesize a very potent virus relatively easily. Reportedly the research team alerted Canadian authorities to the nature of their work and none raised any objections.[9]

There can be both promising benefits and deeply troubling harms created by synthetic biology. These new techniques raise significant social, ecological, ethical, and spiritual questions. Yet there has been no serious public discussion of these questions.

Many in the scientific community have argued that in general:

When an activity raises threats of harm to human health or the environment, precautionary measures should be taken even if some cause and effect relationships are not fully established scientifically. In this context the proponent of an activity, rather than the public, should bear the burden of proof. The process of applying the Precautionary Principle must be open, informed and democratic and must include potentially affected parties. It must also involve an examination of the full range of alternatives, including no action.[10]

Other election resource kits that may be of interest

These resources were not written by CFSC and we don’t take any credit for them nor do we necessarily endorse the questions. We share them here because they cover additional topics that may be of interest.

Amnesty International Canada offers a comprehensive report card on human rights issues in Canada that includes many policy recommendations one could ask candidates for office about. https://www.amnesty.ca/sites/amnesty/files/Amnesty_HRA_2018-19_final_ENG.pdf

Assembly of First Nations has produced a resource which offers timelines and clear actions the next federal Government needs to take on areas such as: the environment, economic priorities, infrastructure, water, housing, healthcare, education, gender rights, Indigenous restorative justice, Indigenous rights, and honouring promises made and the relationships between the Crown and Indigenous peoples. https://www.afn.ca/2019-federal-election

Canadian Council of Churches, of which Quakers are members, has released a resource with sample questions on refugees, peace and disarmament, climate, reconciliation, poverty, access to quality palliative care, religious freedom, sexual exploitation, and healthcare https://www.councilofchurches.ca/news/2019-federal-election-guide

Canadians for Justice and Peace in the Middle East have put together backgrounders and questions for candidates on 23 areas such as Canada’s involvement in the arms trade, banning nuclear weapons, and the profoundly troubling extradition law that led Hassan Diab to be sent to France and spend three years, often in solitary confinement, awaiting trial based on weak and irregular evidence. https://www.cjpme.org/mend_home

International Civil Liberties Monitoring Group, of which CFSC is a member, has released their top 10 civil liberties related asks for all candidates running in the election: https://iclmg.ca/election-2019

The United Church of Canada offers instructions on how to set up a meeting of your local political candidates, what registered charities like Monthly Meetings can and can’t do around the election, and double-sided downloadable handouts with questions on Indigenous rights, climate justice, disability issues, healthcare, mining justice, peacebuilding, and refugees. https://www.united-church.ca/community-faith/get-involved/faith-and-politics

[1] Office of the UN High Commissioner for Human Rights, Committee on the Rights of the Child, Concluding observations on the combined third and fourth periodic report of Canada, adopted by the Committee at its sixty-first session (17 September –5 October 2012), CRC/C/CAN/CO/3-4, http://www2.ohchr.org/english/bodies/crc/docs/co/CRC-C-CAN-CO-3-4_en.pdf

[7] For details about this see: https://canadianpeaceinitiative.ca/learn

[8] For these and other examples see our annual non-technical updates at https://quakerservice.ca/syntheticbiology

These moments define our humanity: we must remain open to refugees and vulnerable migrants. CCR urges everyone to remain open to people in precarious situations in Canada and around the world.
Read our press release here: https://t.co/liyhMl2GCV
View on Twitter
5
0 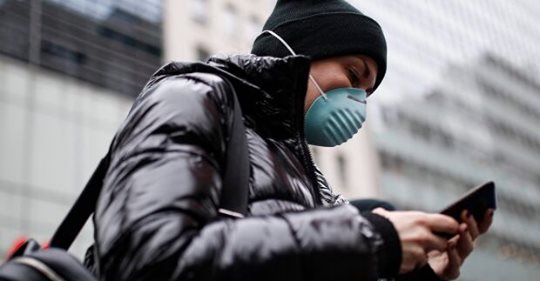 I'll be reading: Are We Done Fighting?: Building Understanding in a World of Hate and Division https://t.co/5EicqQC7O6
View on Twitter
4
0
Follow @CFSCQuakers

Is anyone else out there finding it to be an inter