Conscientious objection to war – a fundamental right for all?

United Nations Special Rapporteur on the rights of Indigenous peoples, James Anaya has just completed a visit to Canada. His statement about the trip notes that,

“From all I have learned, I can only conclude that Canada faces a crisis when it comes to the situation of indigenous peoples of the country. The well-being gap between aboriginal and non-aboriginal people in Canada has not narrowed over the last several years, treaty and aboriginals claims remain persistently unresolved, and overall there appear to be high levels of distrust among aboriginal peoples toward government at both the federal and provincial levels.”

We were among those who made a submission to James Anaya: Issues of National Concern. The submission highlights that the “honour of the crown” has not been upheld, that colonialism continues, that collective property rights are not being upheld through Canada’s legal system, that Canada has a double standard on human rights, that Canada continues to devalue the UN Declaration on the Rights of Indigenous Peoples and many more concerns.

Download our joint submission to the United Nations Special Rapporteur on the rights of Indigenous peoples. 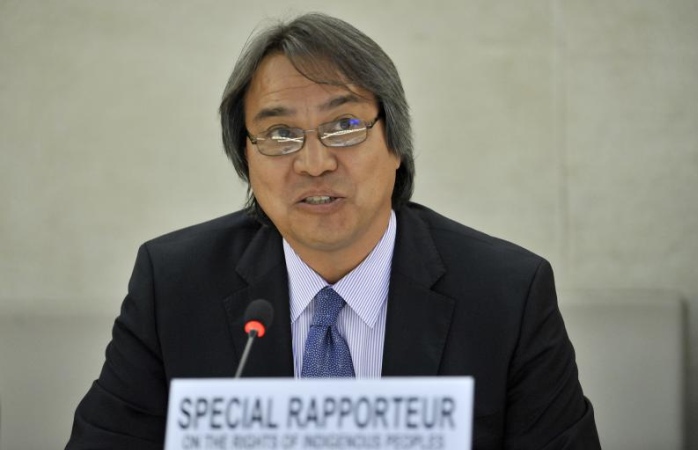