The following is an open letter sent to the leaders of Canada’s political parties.

Canadian Friends Service Committee, the peace and social justice agency of the Religious Society of Friends in Canada, conducts all of its work in accordance with Quaker testimonies: simplicity, peace, integrity, community, equality, and unity with creation. We experience these testimonies as interconnected, helping us discover and act on the living Spirit amongst and within us.

Recently Canadian political leaders called lawyer and human rights activist Dimitri Lascaris anti-Semitic. When such a serious and chilling charge is made, we find it important to pause and consider the whole of our community – the diverse perspectives of Canadian Jews, Palestinians of various faiths, and others impacted by the lack of peace in Israel/Palestine and its ripple effects here in Canada. Unfortunately, as is so common on platforms like Twitter and on this issue in particular, the exchange in question seems to have escalated quickly and without consideration of context or the perspectives of the “other side.” 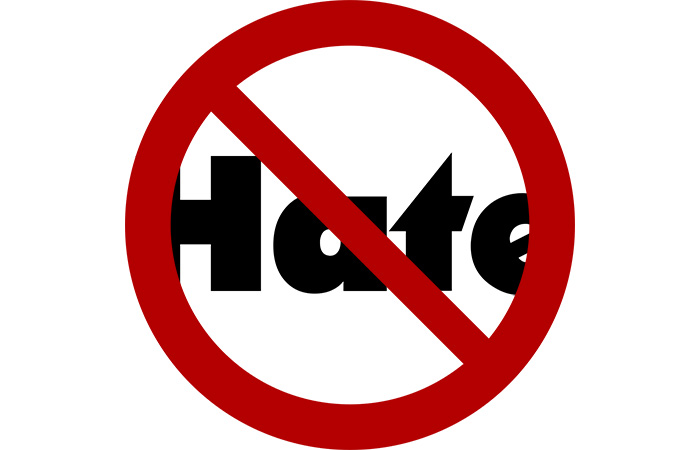 Linda McQuaig, writing in the Toronto Star, explains that Lascaris was responding to a disturbing video where two supporters of the pro-Israel lobby group B’nai Brith rant and wish death upon the Prime Minister as well as several Muslim and non-White Members of Parliament. When two Jewish MPs, whom Lascaris says he chose to single out not due to their being Jewish but due to their strong support for B’nai Brith, did not condemn the hate video, Lascaris tweeted that they were “more devoted to apartheid Israel than to their own prime minister and colleagues in the Liberal caucus.”

A charge like this, in context, seems counter-productive and tone-deaf to historical and on-going Jewish experiences of discrimination in countries like Canada. We don’t encourage such confrontational communication because we believe it rarely if ever works to change opinions or improve situations.

What we find deeply troubling, however, is the lack of equality in treatment of hate or what Canadian politicians decided was hate. Why did the hate expressed in the original video Lascaris was seeking to draw attention to not receive any response from Canada’s politicians, while Lascaris’ tweet got such strong condemnation? It’s difficult to know, but the answer appears to be, as expressed by Independent Jewish Voices (IJV), the power of the lobby groups in question.

We unequivocally condemn anti-Semitism. That is precisely why we’re so troubled whenever this extremely important and significant word is used carelessly or inconsistently, as has apparently been done in this and other cases. According to IJV, the charge of anti-Semitism is made by the pro-Israel lobby in Canada when it is politically expedient to do so. Some groups seem to toss around the charge of anti-Semitism as a way to shut down at times very reasonable and important criticisms of the government of Israel and of that State’s many serious and persistent human rights violations. It is profoundly dangerous that criticisms of the human rights violations of any government should be chilled through claims that the critics are really just being hateful toward an entire ethnicity or religion.

The conflation of legitimate criticism and nonviolent activism with hatred of Jews has become distressingly commonplace in Canada. For instance, the Government of Ontario called the boycott, divestment, sanctions movement anti-Semitic without ever mentioning during the ‘debate’ what BDS actually is, why it exists, what it seeks to achieve, or that many of its supporters are themselves Jewish!

We urge the important topic of anti-Semitism in Canada to be raised with greater care and when the facts warrant. We call for our leaders to do their research and seek equality and integrity in response to all forms of hate and divisiveness, as, together, we strive to build healthier communities.

Learn more about CFSC’s concern for a just peace in Israel/Palestine.