Amnesty International, Canadian Friends Service Committee and the Union of BC Indian Chiefs are pleased to present:

After Tsilhqot’in: A Conversation About Indigenous Territories And Resource Development In British Columbia

An evening of forward-looking discussion based on the highlights and realities of the Supreme Court of Canada ruling in the Tsilhqot’in Nation decision, as well as the impact on proposals for resource development across British Columbia

“Governments and individuals proposing to use or exploit land, whether before or after a declaration of Aboriginal title, can avoid a charge of infringement or failure to adequately consult by obtaining the consent of the interested Aboriginal group.” – Supreme Court of Canada, June 26 decision on the Tsilhqot’in title case. 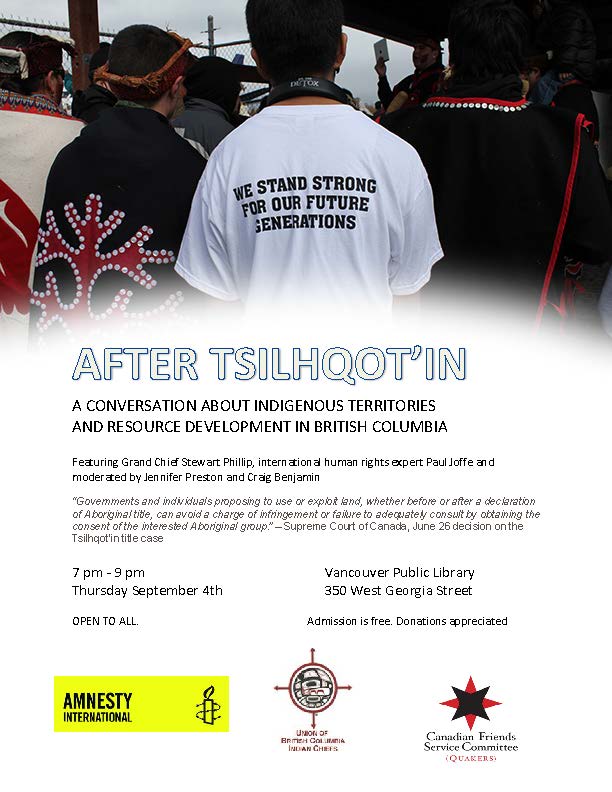 More about our work on Indigenous rights.