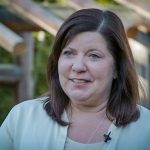 Agenda Item 6: Future work of the Permanent Forum, including issues considered by the Economic and Social Council and emerging issues

Members of the Permanent Forum, Indigenous delegates, state representatives, and colleagues from the UN agencies participating in this session,

My name is Sheryl Lightfoot. I am Anishinaabe from the Lake Superior Band and an associate professor at the University of British Columbia. I am the North American member of the UN Expert Mechanism on the Rights of Indigenous Peoples. It is my honour today to make this intervention on behalf of the Coalition for the Human Rights of Indigenous Peoples.

Earlier this month, the Coalition, the University of British Columbia, and Canadian Friends Service Committee hosted an expert symposium on the interconnections between 2030 Agenda for Sustainable Development and the human rights of Indigenous peoples, including the UN Declaration on the Rights of Indigenous Peoples. Participants in the symposium included former members of the Permanent Forum, the Special Rapporteur on Environment and Human Rights, the co-chair of the Indigenous Major Group on Sustainable Development, and many hands-on practitioners.

We are working on a report, documentary, and proceedings from that symposium, which will be available on the Coalition website: declarationcoalition.ca. Today, I would like to share a few high-level observations and make a recommendation for the future work of the Forum.

It is vital that the implementation of the SDGs be strongly linked to the growing crisis relating to climate change and be fully consistent with the United Nations Declaration on the Rights of Indigenous Peoples as a whole. Overarching provisions of the UN Declaration, including affirmation of the right to self-determination, are relevant to all SDGs and should be used a lens to set priorities and measure progress.

I would like to express the Coalition’s support for the two recommendations that the Permanent Forum made in 2016 to “ensure that Indigenous peoples are not left behind in the 2030 Agenda.”[1] The second recommendation was: Indigenous peoples be provided “the opportunity for full participation and engagement in the Agenda’s implementation, follow-up and review at all levels.”

We know that Indigenous peoples are at the heart of sustainable development. Our laws and knowledge systems have much to contribute to deepening the global understanding of what sustainability means.

At the same time, it is apparent that there is an ongoing disconnect between the SDGs and Indigenous peoples. At the grassroots, there is limited awareness of the SDGs among Indigenous people in North America. More importantly, our community members are not seeing meaningful improvements in their lives as a consequence of implementation of the 2030 Agenda.

The Indigenous Major Group is an important innovation for Indigenous participation in international. However – the hard work and commitment of the Indigenous representatives on that group notwithstanding – the central importance of Indigenous peoples to the 2030 Agenda requires more than being one voice among dozens of other major groups.

Therefore, the Coalition would recommend that the UNPFII consider undertaking a study on the modalities of Indigenous engagement with the 2030 Agenda, including at the annual High Level Political Forum, with a view to greater meaningful participation in monitoring and reporting at local , national, and international levels.

[1] UN Permanent Forum on Indigenous Issues, Suggestions For The High Level Political Forum’s Consideration To Ensure That Indigenous Peoples Are Not Left Behind In The 2030 Agenda, May 2016. https://sustainabledevelopment.un.org/index.php?page=view&type=30022&nr=198&menu=3170

Download this joint statement in PDF. Learn more about the Coalition for the Human Rights of Indigenous Peoples.