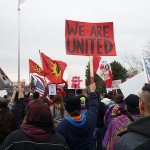 Indigenous peoples and human rights groups say that a new United Nations report on Canada’s human rights record should be a wake-up call for all Canadians.

The UN Human Rights Committee, which regularly reviews whether states are living up to their obligations under the binding International Covenant on Civil and Political Rights, today made more than a dozen recommendations for fundamental changes in Canadian law and policy in respect to the treatment of First Nations, Inuit and Métis peoples.

The Committee was so concerned about issues of violence against Indigenous women and the violation of Indigenous Peoples’ land rights that it called on Canada to report back within one year on progress made to implement its recommendations on these issues.

“Today’s report shows that we need action now on our collective agenda for closing the human rights gap,” said Assembly of First Nations National Chief Perry Bellegarde. “It is significant that a report on human rights in Canada focuses so much on Indigenous peoples and Indigenous rights. This speaks to the extent of our challenges and the urgent need to address them. The report is yet another call to action for Canada to work with First Nations as partners to realize our human rights, including our Aboriginal and Treaty rights.”

The Committee joined numerous other international human rights bodies, including the UN Committee on the Elimination of Discrimination against Women and the Inter-American Commission on Human Rights, in urging Canada to hold an independent public inquiry to address the root causes of the disproportionate levels of violence facing Indigenous women and girls and ensure that all attacks and disappearances are fully and properly investigated.

Craig Benjamin of Amnesty International Canada said, “This is one more important voice added to the call for the kind of independent public inquiry that we need to establish a truly comprehensive and effective national plan of action. The federal government has to stop making excuses and sit down with Indigenous women and affected families to ensure that the long overdue inquiry can finally happen.”

The Committee also expressed concern about the “potential extinguishment” of Indigenous peoples’ land rights and that, “despite favourable rulings of the Supreme Court”, governments continue to impose unwanted decisions affecting Indigenous peoples’ use of their lands and territories.

The Committee urged Canada to do more to ensure the timely and fair resolution of land disputes and to respect the international standard of free, prior and informed consent in decisions affecting Indigenous rights. 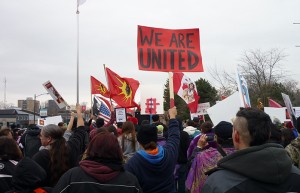 “Indigenous peoples are being forced into long and costly court battles to defend their traditions and ways of life because governments in Canada still refuse to accept the need to work collaboratively with Indigenous peoples on important decisions about environmental protection and resource development,” said Grand Chief Stewart Phillip, Union of British Columbia Indian Chiefs. “It’s ironic that the Committee report should come out in the midst of today’s court hearings into the Site C dam, a megaproject approved by the federal and province governments over the objections of First Nations and despite a highly critical environmental assessment.”

The Committee also called on Canada to fully implement the recommendations of the Truth and Reconciliation Commission.

Jennifer Henry, Executive Director of KAIROS: Canadian Ecumenical Justice Initiatives, said, “We welcome the Committee’s recognition of the importance of the Truth and Reconciliation Commission. It’s important to note that one of the key recommendations of the Commission is for Canada to use the UN Declaration on the Rights of Indigenous Peoples as the framework for reconciliation.”

Other crucial recommendations on Indigenous Peoples’ rights in today’s Committee report include:

The report also included recommendations on the rights of migrants and refugees, accountability for Canadian corporations operating in other countries, and the infringement of human rights in the name of security and counter-terrorism.

“In line with the reconciliation process that is now part of the national dialogue in Canada, we will thoroughly examine the Committee’s Report and insist that governments remain accountable to the UN and the Canadian public,” said Ontario Regional Chief Isadore Day. “We urge all Canadians to read the Committee’s report and to join us in demanding that federal and provincial leaders make a clear commitment to implementing these urgently needed measures that respect and protect human rights in Canada.”
– Coalition for the Human Rights of Indigenous Peoples