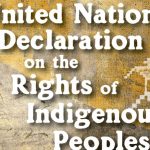 We have been part of planning a series of webinars hosted by Pendle Hill and described below. This six-part series is co-sponsored by Canadian Friends Service Committee, Decolonizing Quakers, and Friends Peace Teams/Toward Right Relationship with Native Peoples.

Canadian Friends are encouraged to register. CFSC has a limited number of FREE tickets available which we will be giving to Canadian Friends who are interested. Contact us for your chance to recieve a free ticket to attend the whole series. Please include your name, contact info and Monthly Meeting in the email.

This series of webinars seeks to involve both Canadian and United States participants. Although both the United States and Canada share some of the features of a settler-colonial history and government, there are significant differences, as well. This first webinar is designed to familiarize participants in the series with historical and governmental differences between these nations and how they affect existing relations with Tribal Nations and the sovereignty and self-determination of Indigenous Peoples. This understanding will establish a framework for future webinars.

After decades of incredible work among Indigenous Peoples and those in solidarity, including Quakers, the United Nations General Assembly adopted the United Nations Declaration of the Rights of Indigenous Peoples in 2007. Acknowledging that colonization and dispossession from their landsdenied them their right to self-determination as peoples, the Declaration is most comprehensive international instrument on the rights of Indigenous Peoples. It establishes a universal framework of minimum standards for the survival, dignity, and well-being of the Indigenous Peoples of the world, and it elaborates on existing human rights standards and fundamental freedoms as they apply to the specific situation of Indigenous Peoples. Canada and the United States originally voted against the resolution and were the final states to endorseit. Two experts on the UN Declaration will address its development, application, and legal effects, as well as actions being taken (especially in Canada and the United States) to implement it by governments and at the grass roots.

The trauma inflicted upon Indigenous Peoples through the many ways that settler-colonists and their descendants attempted to erase them and their culture over the centuries is passed from generation to generation. High rates of domestic violence, suicide,and drug and alcohol abuse are some of the ways that this trauma manifests among Indigenous people today. Elicia Goodsoldier is among the Indigenous leaders helping today’s Indigenous youth heal the wounds of intergenerational trauma and break the cycle for coming generations.Before healing can take place, the depth and the breadth of the historical and ongoing injuries need to be acknowledged.

The enormity of the depth and the breadth of the intergenerational trauma inflicted upon Indigenous Peoples and people is hard to fathom. Yet some experiments in truth-telling and listening are opening the way for healing and further reparative action. In this webinar we will hear from participants in Canada’s Truth and Reconciliation Commission and the Maine Wabanaki-State Child Welfare Truth and Reconciliation Commission about these processes, the lessons being learned, and some of the fruits of the work these processes have begun.

Bill C-15 "includes important framing provisions in the preamble. For example, the Bill repudiates all racist doctrines of superiority and rejects colonialism." - The Coalition for the Human Rights of Indigenous Peoples. Find out more https://t.co/KvMgEnllDT #C15 #UNDRIP https://t.co/XrgntQMUv3
View on Twitter 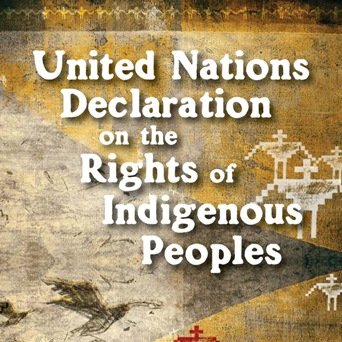 "Because core purpose is to provide a framework for implementation, much of the crucial work of setting priorities & reforming laws & policies will follow only after Bill C-15 is adopted into law." #UNDRIP #SupportUNDRIP #IndigenousPeoples #HumanRights https://t.co/KvMgEnllDT
View on Twitter
0
0

Legislation that will provide a framework for impl

What is the meaning behind white poppies? “It

REGISTER NOW! What are the impacts of a punitive c