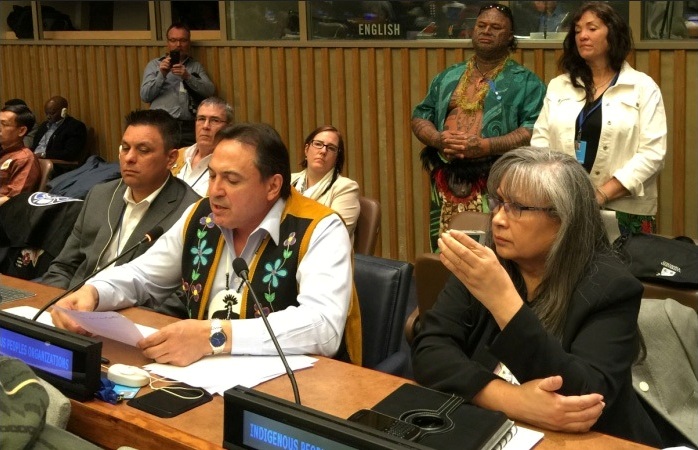 For more details on our work at the international level, read the statements we jointly deliver at these forums.

UN Expert Mechanism on the Rights of Indigenous Peoples

The Expert Mechanism consists of five independent experts, who are appointed for a three-year period and may be re-elected for one additional period. In the selection and appointment process, the Human Rights Council is recommended to give due regard to experts of Indigenous origin.

The Permanent Forum is an advisory body to the Economic and Social Council with a mandate to discuss Indigenous issues related to economic and social development, culture, the environment, education, health and human rights.

According to its mandate, the Permanent Forum will:

The first meeting of the Permanent Forum was held in May 2002, and yearly two week long sessions take place in New York.

UN Special Rapporteur on the Rights of Indigenous Peoples 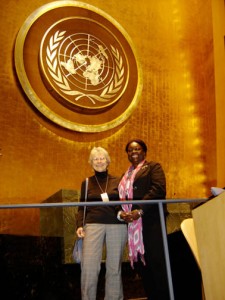 Examine ways and means of overcoming existing obstacles to the full and effective protection of the human rights and fundamental freedoms of Indigenous people, in conformity with his/her mandate, and to identify, exchange and promote best practices.

Additionally, the Special Rapporteur is to:

gather, request, receive and exchange information and communications from all relevant sources, including Governments, indigenous people and their communities and organizations, on alleged violations of their human rights and fundamental freedoms … [and to] formulate recommendations and proposals on appropriate measures and activities to prevent and remedy violations.

The Human Rights Council is an inter-governmental body within the UN system made up of 47 States responsible for strengthening the promotion and protection of human rights around the globe. The Council was created by the UN General Assembly on 15 March 2006 with the main purpose of addressing situations of human rights violations and make recommendations on them. CFSC occasionally attends the meetings, working alongside Indigenous partners and others, to advance Indigenous rights. 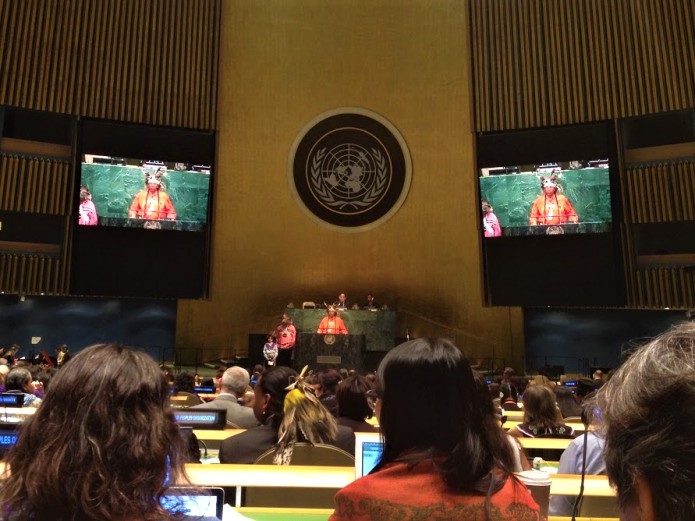 The Universal Periodic Review (UPR) was created through the UN General Assembly on 15 March 2006. It is a cooperative process which has reviewed the human rights records of every country. The UPR reminds States of their responsibility to fully respect and implement all human rights and fundamental freedoms.

The UPR involves a review of the human rights records of all 192 UN Member States once every four years. The UPR provides the opportunity for each State to declare what actions they have taken to improve the human rights situations in their countries and to fulfill their human rights obligations.

CFSC has added its support to our Indigenous partners’ work on the Nagoya Protocol.

"We urge BC and Canada to meet with the Wet’suwet’en Hereditary Chiefs and to commit to a process for the peaceful and honourable resolution of this issue." Lawyers + academics across the country sign open letter to @JustinTrudeau and @jjhorgan @ https://t.co/77Nhtx4afb #cdnpoli https://t.co/rfE6XYdSqP
View on Twitter

Canadian Friends Service Committee invites you to join us for 3 nights of film and discussion.

Check out the poster below or visit https://t.co/cj7oTfiY1N for more information on the event and the films.

. @PBI_Mexico is accepting applications from people interested in accompanying at-risk human rights defenders! The deadline to apply is Sunday February 2 and the placement would begin in August/September! The details can be found at https://t.co/UjuNfOq9gC #PBIaccompanies https://t.co/dxEvUaUksu
View on Twitter