CFSC has longstanding partnerships with groups building peace at the grassroots in DR Congo and Burundi.

This work draws heavily on the wisdom and skills of these local partners. Our particular focus is on helping people to discover their inner drive to seek peace, even in the midst of bitter conflicts. This is compassion-based work. It changes hearts, promotes healing, and rebuilds shattered communities and relationships.

“Muinda” comes from the word for “Light” in several of the languages of Kinshasa—a bustling city of well over 11 million, located toward the west of the continent of Africa.

Project Muinda has grown from the light of hope in each of its members, all Congolese people determined that their city and their country can be a peaceful home.

In a place where local and international political and commercial interests have acted to aggravate conflict and increase poverty for generations, Project Muinda has taken every opportunity to learn how to build peace and to share these skills. 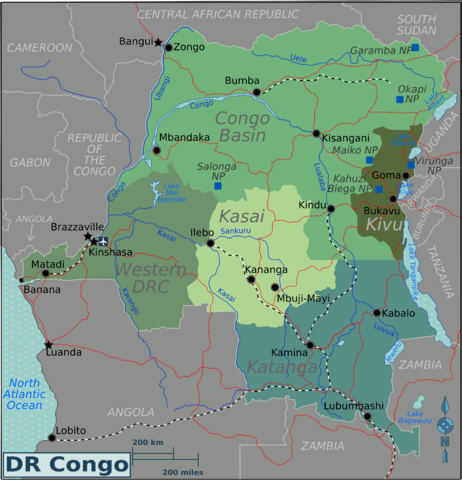 Muinda is a project of Kinshasa Monthly Meeting, a small unprogrammed Quaker Meeting isolated from other Congolese Quakers who are all in the east of the country. In 1996, by a series of chances, CFSC came to support Muinda’s work in training community volunteers to lead in local conflict transformation. We’ve been the major financial backer of this work ever since.

What is a peace cell?

“Peace cells” are groups of volunteers (usually there are five) who work together to respond to conflicts in their neighbourhood of Kinshasa. The members are trained by Muinda in five peacebuilding skills:

When conflicts arise (typically domestic disputes or landlord-tenant disputes), people know to seek out the assistance of their neighbourhood peace cell. 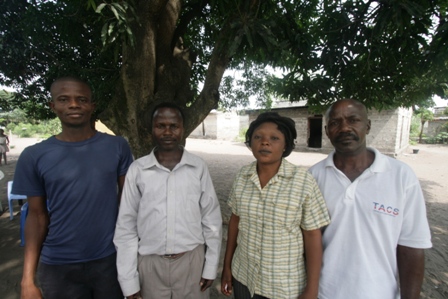 Peace cells also animate their communities to find collective solutions to problems they have in common. The community-based connections of the network, as well as the members’ peacebuilding skills, make it a strong vehicle for public education on any topic, such as election participation and observation.

The peace cells operate with the permission of the municipal authorities and have appropriate working relationships with them.

Here are two articles: 2014 (PDF) and 2019, that describes the work of the peace cells as witnessed by CFSC during visits.

Take a look at pictures from Project Muinda:

In the DRC, encouraging democratic participation is important. Project Muinda recognizes elections as an excellent “teachable moment.” The peace cell network contributes by providing: (a) non-partisan observers making regular reports, and (b) mediation teams that can de-escalate minor conflicts that may arise.

For a country the size of DR Congo, there can never be enough international observers to cover polling stations and ensure that there are no pockets of malpractice. Also, the dedication of local people to election monitoring creates a sense of responsibility for governance, showing political candidates and electoral officials that people are watching them.

The very act of maintaining an impartial, balanced attitude is an important element of peacebuilding, and is a skill that has to be learned, not taken for granted. Election observation offers an opportunity to help people develop this skill in a practical setting. It also provides a timely context for people to learn about their human rights and appropriate expectations for good governance. 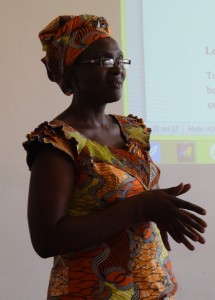 In the Africa Great Lakes region to the east of the DR Congo is the small country of Burundi. CFSC supports Friends Women’s Association (FWA), based in the capital city, Bujumbura.

In addition to running a medical clinic to provide free and affordable quality care, FWA also focuses on addressing one of the roots of violence—discrimination and violence directed at women and girls.

FWA delivers training and raises awareness about gender-based violence, with a focus on getting church pastors and elected and community leaders—most of whom are men—to promote change. Once they come to understand the scale of the problem and that a change is needed, these influential figures begin speaking out about gender-based violence, encouraging a whole culture to shift what it sees as normal.

FWA also works with women survivors. These women and girls participate in solidarity groups and FWA’s skilled staff help them understand their rights and what legal, psychological, and other supports are available to them. This work is so important because accurate and thorough information is often lacking, and both women and men falsely think that gender-based violence is acceptable or “just part of life”.

"Nonviolence is not simply the absence of violence, but about taking a proactive stand against violence and injustice, and working to repair the harm."
https://t.co/Iw9ObWm565

Learn more about nonviolence in our free workshops https://t.co/3pS899n8N9
View on Twitter
1
1 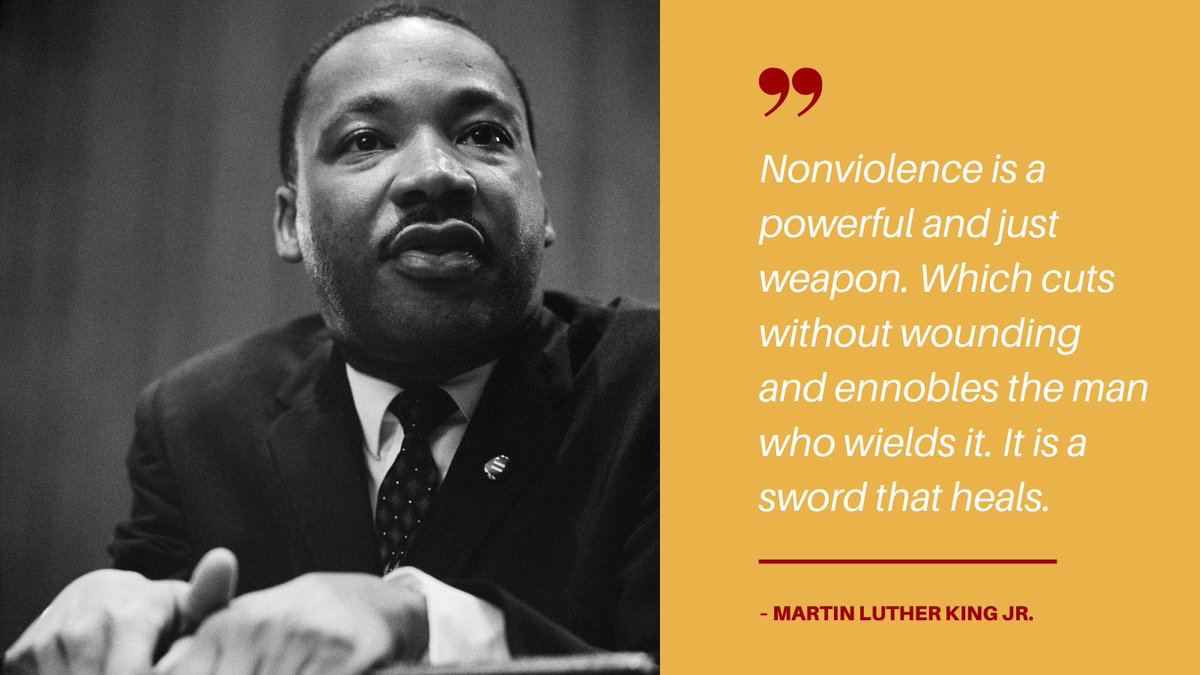 Who was Elizabeth Fry? She was the first pioneering campaigner for prison reform on the moral improvement of women prisoners, through personal contact, education and employment. Her legacy continues to this day through our own work at #EFry 💙 #angelofprisons #prisonreform https://t.co/qPZVKIKKrz
View on Twitter 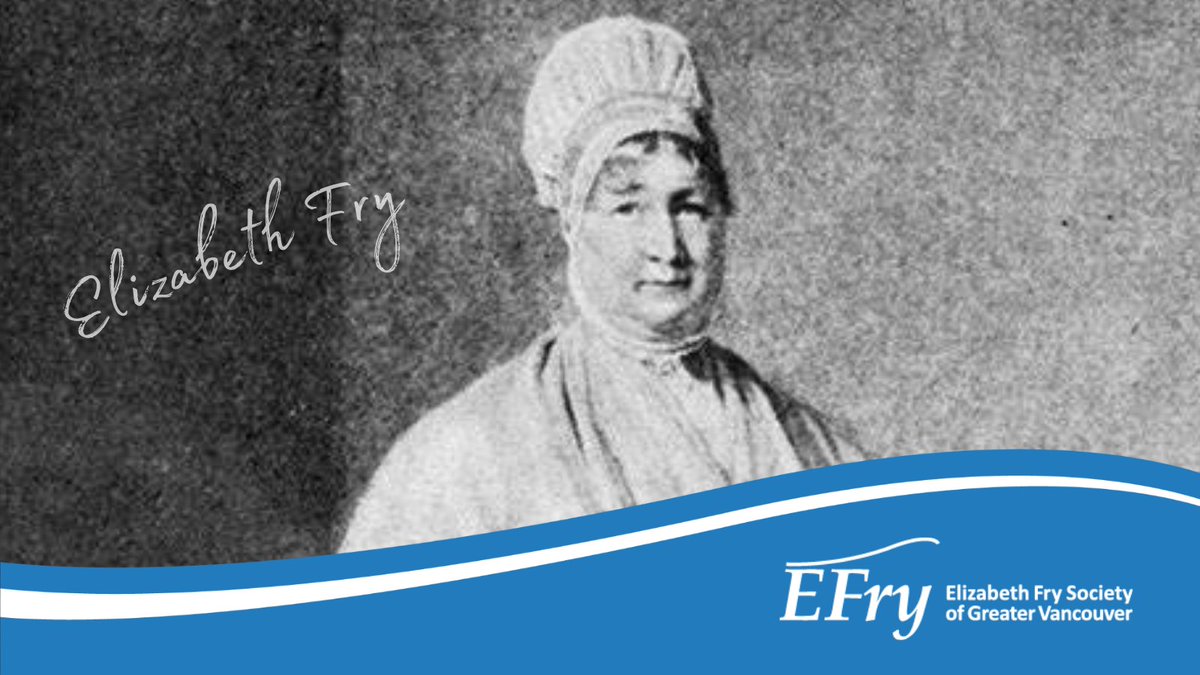 2020 has been anything but easy. Walls of fear and