What does sustainability mean to you? Advice for living our responsibilities

NATO military emissions have a major impact on climate change. So Canadian Friends Service Committee has joined a large international call on NATO to count and cut emissions.

NATO has announced plans to reduce its greenhouse gas emissions and work towards Net Zero by 2050. However NATO has also said that tracking of emissions will happen using an unpublished methodology it develops. Since this methodology is not publicly available, we have no way of knowing what NATO members will measure, or how they plan to achieve Net Zero.

According to the Intergovernmental Panel on Climate Change (IPCC), we need deep and immediate cuts in emissions across all sectors to limit warming to 1.5°C. We don’t have time for empty promises. 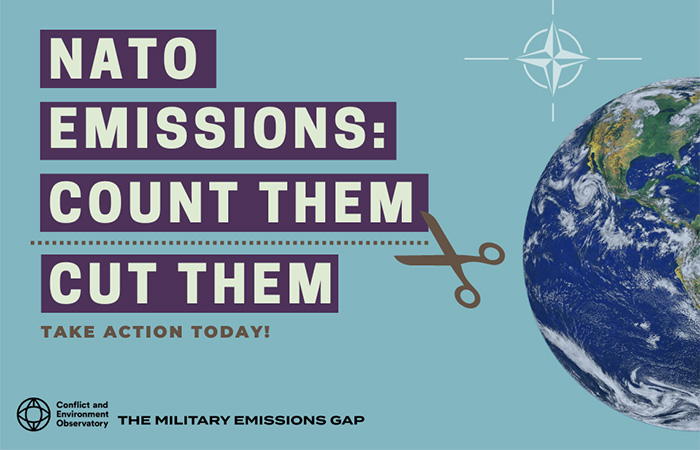 NATO as an institution is not the main source of NATO’s emissions. The vast majority come from the militaries of NATO’s members and June 2022’s announcement did not cover their emissions.

Visit the Conflict and Environment Observatory to see a list of signatories and have your own groups join this call before the United Nations Climate Change Conference in November (COP27).

Find out more about CFSC’s work on climate change.