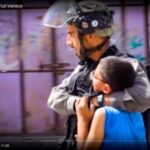 On October 22, news broke that the government of Israel had declared six major Palestinian human rights groups “terrorist organizations.” CFSC has worked with one of these six—Defense for Children International Palestine—around the No Way to Treat a Child campaign, which we were founding endorsers of in Canada.

Human Rights Watch, Amnesty International, Israeli human rights groups like B’Tselem, Palestinian groups, and countless others around the world are condemning this move as not based on any reasonable grounds. They’re calling it an authoritarian and anti-democratic attempt to silence human rights defenders.

UN human rights experts concur, calling this an attack “on human rights everywhere.” They note that “anti-terrorism legislation is designed for a specific and restricted purpose, and must not be used to unjustifiably undermine civil liberties or to curtail the legitimate work of human rights organisations.”

This latest move is chillingly consistent with a pattern of extreme measures taken by the government of Israel to maintain a system of control that is increasingly being recognized as apartheid.

This decision by Israel is also a particularly egregious example of the misuse by various governments of anti-terrorism laws to undermine civil liberties and human rights. This is something CFSC has been concerned about since the immediate aftermath of September 11, 2001.

If so led, consider contacting your Member of Parliament and asking them to speak publicly to encourage Canada’s close ally Israel to reverse this decision and allow the vital work of peaceful Palestinian human rights organizations to continue.

Find out more about our concern for a just peace in Israel/Palestine with full dignity and human rights for all.