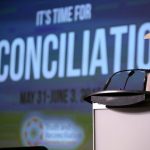 The following open letters were sent by Canadian Quaker bodies following the discovery of unmarked graves of Indigenous children at the sites of former residential schools.

Vancouver Monthly Meeting of the Religious Society of Friends (Quakers) is writing to urge your government to action as we grieve the discoveries of graves of children made by Nations across Canada. Although Quakers ran no residential schools in Canada, they did in the United States and we feel a responsibility as a faith community to address the injustices committed in the name of religion. We are grieving alongside all Indigenous peoples whose children never made it home from residential school, and with all residential school survivors and their families, who have carried this trauma for so long.

Some of us visited the Kamloops Indian Residential school site as part of a Quaker gathering in Sorrento, BC in May 2019 and were told by the guides of the horrors of that place and how instrumental these schools were to Canada’s genocide of Indigenous peoples. Even knowing this tragic history and reading the TRC’s final report that devoted an entire volume to Canada’s Residential Schools, Missing Children and Unmarked Burials, we were still greatly disturbed to learn of these horrific discoveries.

We recognize that what occurred at these sites thus far are not isolated events and we expect that there will be similar discoveries of children’s remains at other residential school sites. Non-Indigenous people who live in Canada continue to benefit from colonialism, which means we all have an active role to play in decolonization and reconciliation. We are also aware that this work going forward must have a trauma informed lens.

We urge your office to take immediate action in the wake of these findings, including:

Ensuring that the committed funds for Indigenous peoples wishing to carry out investigations to find the graves of children who never returned home from residential schools are provided in a way that is barrier-free and ongoing. The administration of these funds and associated programs must be conducted through a trauma informed lens.

If more funds are needed to carry out this necessary work, these funds must be made available immediately. Funds should also be present to support communities throughout the long journey of grief and commemorating these lives lost.

Swift and thorough implementation of the TRC’s 94 Calls to Action that fall under the authority of the federal government, following the urging of the TRC Commissioners in December 2020.

Meaningful collaboration and cooperation with Indigenous peoples on the national action plan to implement the UN Declaration on the Rights of Indigenous Peoples following the passage of recent legislation.

We hope the media attention surrounding these discoveries reignites the political will to advance the TRC’s Calls to Action, to implement the UN Declaration on the Rights of Indigenous Peoples and the Calls for Justice of the National Inquiry into Missing and Murdered Indigenous Women and Girls. These reports and the recent findings highlight the importance of meaningful reconciliation and strengthen our resolve to take action.

We, the Quakers of Hamilton Friends’ Meeting, are writing to you today from the ancestral homelands of the Haudenosaunee and Anishinaabeg. We are writing about the discovery in late May of the remains of 215 children at the Kamloops Residential School, and the more recent discoveries of unmarked graves at four additional Residential Schools.

We were deeply saddened when we originally learned from the Truth and Reconciliation (TRC) Report about what had gone on at the Residential Schools. Particularly troubling was the estimate in the TRC Report that about 3,200 children had perished while at the Residential Schools. The Centre for Truth and Reconciliation had more recently updated the number of estimated deaths to 4,100: whatever the number, this was a brutally high death rate.

But the recent findings of over 1,100 children’s remains at just 5 residential schools raises serious concerns about whether the true death toll may be much higher, given that there were about 140 Residential Schools in total.

The Canadian Human Rights Commission (CHRC) issued a Statement on June 3rd, 2021 entitled: “Investigate the Grounds of Every Residential School in Canada”. A copy of that statement is attached to this letter.

We urge your government to implement these recommendations forthwith. Moreover we urge your government to ensure that the funds it has pledged for the necessary investigations are sufficient to cover that work at all schools and that such funds are promptly and fairly distributed—so that Indigenous peoples in Canada at last are able to commemorate their lost loved ones, and so that all Canadians can take on their share of this knowledge and the resulting responsibility.

Please respond to this letter, and confirm the actions your government will be taking.

We write to you as the Montreal Monthly Meeting of the Religious Society of Friends. We meet on the unceded traditional territories of the Kanien’kehá:ka people, on the island Tioh’tiá:ke, which has long served as a meeting place for many Indigenous peoples across Turtle Island.

We wish to express profound gratitude to the Truth and Reconciliation Commission and all those who contributed to the success of their work.  Thanks to their efforts, we understand that residential schools were a part of a series of genocidal actions and policies undertaken by the federal government against Indigenous peoples. Residential schools systematically uprooted generations of Indigenous children, who were forcibly removed from their homes, isolated, abused, indoctrinated, and even subjected to medical experimentation.

Many children who died in residential schools were written off without explanation or ceremony. The thousands of missing children and hundreds of unmarked graves unearthed since May 2021 testify to the atrocities committed. We grieve for these beloved children who were sacrificed to our genocidal system. We grieve for their families, friends, and communities. We grieve for the callous actions done to them by our society and our government.

The first step in the process of truth and reconciliation is uncovering and laying bare the truth. The federal government and our society as a whole must take responsibility for past actions. Locating and identifying all the unmarked graves at residential schools across Canada must be informed by Indigenous communities. We also call on the federal government to engage in respectful collaboration with Indigenous communities regarding any follow-up actions, including but not limited to criminal investigations and compensation for survivors and their families, as well as the families of children who did not return home.

The Summary of the Executive Report of the Truth and Reconciliation Commission of Canada details how the federal government has repeatedly failed to take action to rectify past wrongdoings. We call on the federal government to act in good faith and fully implement all ninety-four Calls to Action from the Truth and Reconciliation Commission’s Final Report. We are dismayed with the slow progress toward meeting these goals. The Calls to Action are thorough and wide-reaching and critical to the healing and revitalization of Indigenous communities. Pressing actions include:

In line with Calls to Action 62 – 70, we call on the federal government to ensure that all of Canada knows about the legacy of residential schools through not only primary, secondary, and post-secondary education, but also other avenues of popular education such as museums and youth programs. We have much to learn as Canadians so that we may establish relationships of respect and integrity with Indigenous peoples on this shared land.

Signed for and on behalf of Montreal Quakers,

Quakers in the Interior of British Columbia have felt deep concern for the rights and needs of Indigenous peoples over many decades. We acknowledge that the members of our Quaker Meeting live and work on the unceded lands of the Secwepemc, St’at’imc, Lheidli T’enneh, and Syilx (Okanagan) people. The recent discoveries of unmarked graves in Kamloops and across Canada remind us that the violence visited upon Indigenous children was only one component of a larger and multi-generational process of cultural destruction.

We are pleased that extra funding has been announced to search for more children’s graves at former Residential School sites. The $321 million announced on August 10th is significant. However, we ask for more. We trust that the funds already committed to the ongoing search for unidentified graves cannot be withdrawn or compromised in any way.

We are in support of the implementation of the United Nations Declaration on the Rights of Indigenous Peoples. We ask the government of Canada to act upon the policies and plans within the new bill that implements the Declaration. We want action on all the Calls for Action of the Truth and Reconciliation Commission where the federal Government of Canada was called to act.

We encourage you and all members of your government, as you conduct your election campaign, to confirm your promises to voters and to remain committed to them. Should it be the case that a Liberal government is not returned to Parliament, we encourage you to urge a new government to carry out the initiatives you have begun.

Yours truly, and in friendship,

Quakers across Canada have felt deep concern for the rights and needs of Indigenous peoples in this country for many years. The service arm of our national body, the Canadian Friends Service Committee (CFSC), has a longstanding sub-committee for Indigenous rights work. No doubt you are aware that the General Secretary and Indigenous Rights Program Coordinator for CFSC, Friend Jennifer Preston, was a strong advocate for Parliament’s preparation and passage of Bill C-15 in support of the UN Declaration on the Rights of Indigenous Peoples. CFSC also tracked carefully the proceedings of the Truth and Reconciliation Commission, and Jennifer Preston was closely involved in the closing ceremonies.

It is encouraging to learn about recent commitments on the part of the government to provide increased funding for initiatives to promote truth, especially in regard to the deaths of children at former residential schools, to support Indigenous communities as they live through the impacts of those deaths and the resultant trauma, and to make greater efforts at genuine reconciliation between the peoples who have stewarded this land for millennia and those who have in so many ways dishonoured and displaced them. The $321 million announced on August 10th is significant on many levels.

It is unfortunate that the suspension of Parliament in order to conduct an election has caused some of these plans to be placed on hold. We trust that the funds already committed to the ongoing search for unidentified graves cannot be withdrawn or compromised in any way, as this is a necessary process. As much as possible, the rest of the funds must also be made untouchable for any but the designated purposes. Six years ago, you promised to answer positively the 94 Calls to Action of the Truth and Reconciliation Commission. There is much to be done.

We encourage you and all members of your government, as you conduct your campaign, to keep all the promises in mind, to confirm them to voters, and to remain committed to them. Should it be the case that a Liberal government is not returned to Parliament, we encourage you to urge a new government, in the strongest possible terms, to carry out the initiatives you have begun.

In Friendship and hope,

Our News Digest is out! https://t.co/CxBYcQb2a4
- #RCMP violated law by being too slow to respond to complaints
-Charges dropped against journalists arrested on #Wetsuweten land
-Settler colonial origins of #FiveEyes
-No Room at #Canada’s Inn for #AfghanRefugees & more #cdnpoli https://t.co/uTiFFHChCS
View on Twitter 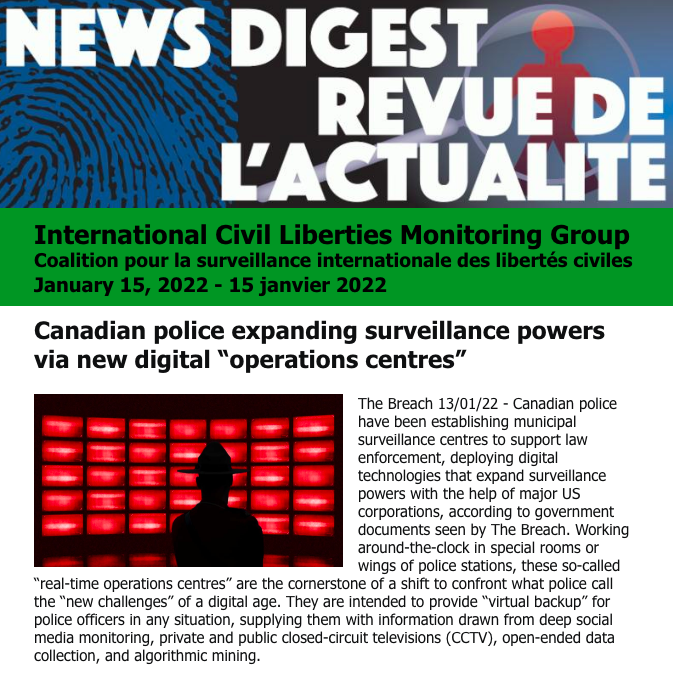