What does Canada Revenue Agency mean by “political”?

Prison expansion is costly and damaging to our communities when more successful alternatives exist. In the following open letter we explain our reasons for endorsing the No On Prison Expansion initiative.

Re: Endorsement of the No On Prison Expansion (#NOPE) Initiative

We understand that Ruth Morris, a Quaker activist on criminal justice issues, along with several other people, commenced work on researching and documenting prison expansion in the 1970s and 1980s, but unfortunately this work was not continued. The Canadian Friends Service Committee (CFSC) is pleased to learn about the No On Prison Expansion (#NOPE) initiative that will continue to monitor prison expansion in Canada.

Reflecting on our own testimonies of faith, we find the global increase in incarceration, despite the rise of more effective alternative approaches, raises questions about the punitive mindset which pervades society and justice systems. “Punitive approaches are guided by coercion, misuse of power, and fear, fostering additional trauma. The predominant focus on punishing offenders commits the great majority of the system’s energy and resources to legal processing, prisons and incarceration. Justice for survivors and communities become unlikely” (Canadian Yearly Meeting, 2010). 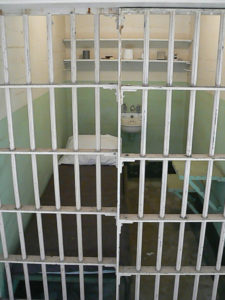 There is little evidence that incarceration and punishment are deterrents or rehabilitate. The vast majority of prisoners return to the community without the skills for family and community integration or to contend with the problems that led to incarceration, such as limited employment, illiteracy and the breakdown of family relationships. In fact, for some incarcerated persons, prison can lead to the increased risk of re-offending or committing more serious offences. Incarceration is also an expensive approach to public safety. While our reported crime rate declined 33.1% between 1998 and 2013, expenditures have increased. According to the Office of the Parliamentary Budget Officer, Canada spent $20.3 billion on criminal justice in 2011−2012, which is comparable to what was spent on National Defence. This spending on security, courts, and corrections diverts funds from more effective services.

This initiative is very timely, given the promise of increased spending for infrastructure in the recent budget tabled by the new federal government, some of which has the potential to be allocated towards new or refurbished prisons. The work of #NOPE will assist CFSC in its work toward discerning, developing and encouraging responses that actively prevent harm, repair harm and move beyond harm in relation to the justice system through means that are healing for all concerned and for society as a whole.