Gaza: “…for any end, under any pretence whatsoever …”

Canadian Friends Service Committee and our partner Amnesty International have written an open letter expressing concerns around the organizing of the high level segment of the General Assembly, to be known as the World Conference on Indigenous Peoples, coming up in September at UN headquarters in New York. The letter expresses our concerns regarding the full and effective participation of Indigenous Peoples in all stages of organising of the Conference, and comes in response to statements by some member states that appear to be aimed at weakening the rights affirmed in the United Nations Declaration on the Rights of Indigenous Peoples.

We recommend changes to the Outcome Document for the World Conference on Indigenous Peoples, including the addition of a paragraph which should state: 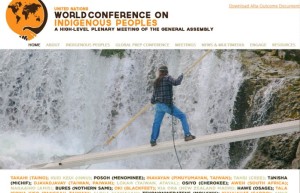