Read an FAQ about our positions on boycott, divestment, sanctions (BDS).

In 2009 Canadian Friends were in unity on a minute (official position) about Israel/Palestine which, among other things, acknowledged violence by both Israelis and Palestinians but recognized the huge inequality of power between them. Our minute calls on all people not to put their faith in tanks, or bombs or military aggression, which we know will never ensure the security or well-being of any society until there is a positive peace grounded in justice and equality for all under the rule of law. We also expressed our encouragement for those Palestinians and Israelis working nonviolently to resist the occupation.

That 2009 minute did not, however, include support for any aspect of the Boycott, Divestment, Sanctions (BDS) campaign. After significant further discernment by many Meetings from across Canada, in 2014 an addendum to the 2009 CYM minute was approved by Friends. 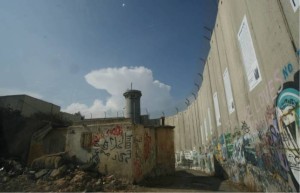