At its 12th session in Pyeongchang, Republic of Korea on 6-17 October 2014, the Conference of the Parties (COP) will be considering adopting a draft decision prepared by the CBD Executive Secretary on the use of the term “indigenous peoples and local communities” instead of “indigenous and local communities”. If adopted, the COP decision would impose limitations that are regressive and in violation of the rule of law. Such limitations run counter to the recommendation on this matter by the UN Permanent Forum on Indigenous Issues.

In this regard, please find attached a Joint Submission entitled Indigenous Peoples are ‘Peoples’: Draft COP Decision Violates Treaty Interpretation Rules. The Submission is from Indigenous peoples, experts and organizations, among others, in different regions of the world.

The central conclusion is that the draft COP decision prepared by the CBD is flawed and should not be adopted. While it purports to be based upon the rules of interpretation in the Vienna Convention on the Law of Treaties, the draft decision fails to apply such rules appropriately.

We are requesting that the Joint Submission be distributed on an urgent basis to all Parties within the CBD, so as to allow sufficient time to review the Submission prior to the COP session. We would also appreciate if the Submission would be made available on the CBD website. Please confirm at your earliest convenience that these steps have been taken.

Thank you in advance for your cooperation. 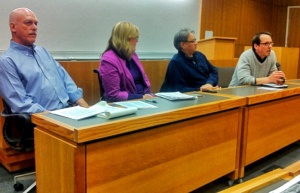 Learn more about our work on Indigenous rights
Share