Chelsea Manning is an internationally recognized human rights activist and whistleblower. She has received numerous awards for her work as a prominent advocate for civil liberties, government transparency, LGBTQ rights, and prisoners’ rights. She was denied entry to Canada last month and told she was “inadmissible on grounds of serious criminality.”

At CFSC we’ve heard this logic before. When we wrote to multiple Ministers of Immigration and Citizenship about letting conscientious objectors to the Iraq war stay in Canada, we were told they were inadmissible due to serious criminality (i.e. desertion from the US military to come to Canada). No mention was made in these letters or the one sent to Manning about the context of the crimes. We are deeply troubled by this interpretation of Canadian law and so we joined with over 40 other organizations and individuals in writing letters of support for Chelsea Manning.

I write on behalf of Canadian Friends Service Committee, the peace and social justice agency of Quakers in Canada. For many decades Quakers have had an active interest in the right of conscience and in civil liberties issues. We see these issues as deeply important for a healthy and peaceful society, one that expresses positive moral and spiritual values.

Chelsea Manning is a famous whistleblower and, as with other whistleblowers, her actions were highly controversial. She disclosed hundreds of thousands of diplomatic cables, videos, and documents, some of which were classified. She felt that releasing this information would expose potential human rights abuses by the US and its allies in Afghanistan and Iraq. Manning acted from a moral conviction that whistleblowing was her duty in helping the public understand what happens in modern wars, including the violations of human rights and the rule of law. Her goal was to contribute to ending current, and preventing future, atrocities.

The information Manning released made a profound difference in our collective understanding of modern wars, and has contributed to countless news articles around the world. She paid a very heavy price for her actions. She served years in harsh conditions in military prison, including long periods in solitary confinement. Her sentence was commuted by outgoing president Barak Obama earlier this year, what Amnesty International USA called the “long overdue” end to a “cruel ordeal.”[1. Amnesty International USA. “Chelsea Manning Finally Free After Cruel Ordeal.” May 17, 2017, https://www.amnestyusa.org/press-releases/chelsea-manning-finally-free-after-cruel-ordeal/]
At the end of September when trying to visit Canada for vacation, Manning was denied entry and told she was inadmissible “on grounds of serious criminality.”[2. Mehler Paperny, Anna and Sharp, Alastair. “Chelsea Manning says she was denied entry to Canada.” Reuters, September 25, 2017, https://www.reuters.com/article/us-canada-immigration-manning/chelsea-manning-says-she-was-denied-entry-to-canada-idUSKCN1C02OW] We are deeply concerned with this interpretation of Canadian law. Chelsea Manning poses no threat whatsoever to Canada or to Canadians. It is inconceivable that she should be denied entry due to previous whistleblowing for which she’s already served her sentence and had the remainder commuted. We think that it benefits Canada as a country to encourage celebrated human rights champions like Manning to visit if they wish. We kindly request that this decision be reversed and that in future the concept of criminal inadmissibility not be abused to prevent entry of individuals who do not pose any security threat to Canada. 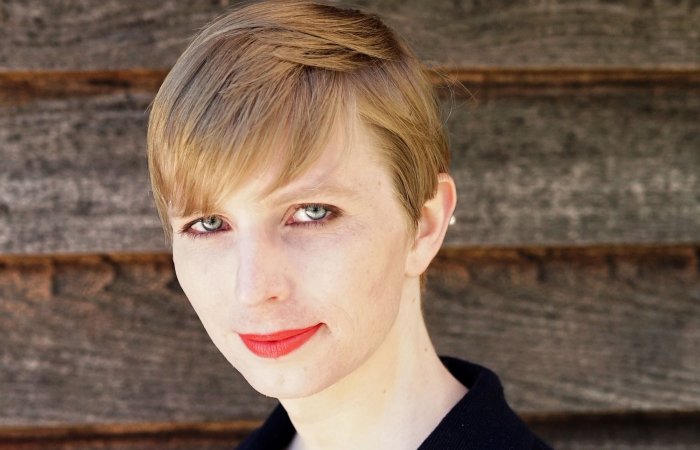 In addition to many individuals, organizations who wrote in support of Chelsea Manning include: