Greetings from Canadian Friends Service Committee, the peace and social justice agency of Quakers in Canada. We write to you to express our concern over products made in occupied Palestinian territory and sold in Canada with the false label “made in Israel.” We feel that Canadians have a right to be correctly informed of where the products they purchase are made.

Since at least 1978, Canadian Friends (Quakers) have expressed their concern for the sufferings of the Israeli and Palestinian peoples and longing for a just peace that will benefit everyone in the region. Many Quakers experience and express their faith through what are commonly called testimonies. Among these testimonies are peace and integrity. Canadian Quakers spent years discussing the highly charged and complex issues creating a lack of peace in Palestine/Israel. In this process it became clear to us that a lack of integrity in Canadian labelling laws is helping to prop up Israel’s position as illegal occupant of Palestinian territories,[1. For a description of Israel’s status as illegal occupant see Lynk, Michael. “Situation of human rights in the Palestinian territories occupied since 1967*.” United Nations General Assembly, 72nd Session, Agenda Item 72(c), October 23, 2017] and that is a detriment to peace.

The international community, including the United Nations and the International Court of Justice, holds that the Israeli settlements in the West Bank are a violation of Article 49 of the Fourth Geneva Convention: “The occupying power shall not deport or transfer parts of its own population into the territories it occupies.”[2. “Article 49.” Geneva Convention Relative to the Protection of Civilian Persons in Time of War (Fourth Geneva Convention), 75 UNTS 287. International Committee of the Red Cross (ICRC), 12 August 1949, p. 185.] This same principle is reflected in the Rome Statute, better known as the “War Crimes Act” of the International Criminal Court, which states that any violation is a war crime.[3. “Article 8 (2)(b)(Viii).” Rome Statute of the International Criminal Court, A/CONF.183/9, International Criminal Court, 2002, p. 6] Canada was a leader in adopting the Rome Statute, becoming the first country to implement the Statute into legislation. Canada holds that in addition to violating the Fourth Geneva Convention, the settlements “constitute a serious obstacle to achieving a comprehensive, just and lasting peace.”[4. Government of Canada. “Canadian policy on key issues in the Israeli-Palestinian conflict.” Updated March 4, 2018, http://www.international.gc.ca/world-monde/international_relations-relations_internationales/mena-moan/israeli-palistinian_policy-politique_israelo-palestinien.aspx?lang=eng] 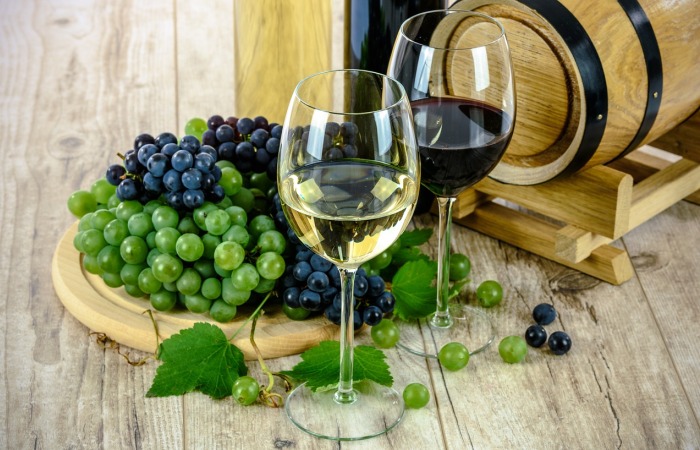 Do you know where the products you buy were made? Canadian Quakers are concerned that a
lack of integrity in labelling of products sold in Canada is contributing to a lack of peace in Israel/Palestine.

Israel’s development of occupied Palestinian territories, such as the West Bank and Gaza Strip, is in direct violation of these internationally recognized laws, and as such voids Israel’s sovereignty over those territories. Because Israel is not recognized as having any sovereignty over these occupied territories, it follows that Canada should not recognize products that are made there as “made in Israel.” Yet wines from Shiloh Winery Ltd. and Psagot Winery, made in Israeli settlements in the occupied West Bank, are sold in Canada with a false label indicating that they are products of Israel.

Labelling products as “made in Israel” when in fact they were made in the West Bank is both false and in violation of section five of the Food and Drug Act, which states that “no person shall label, package, treat, process, sell or advertise any food in a manner that is false, misleading or deceptive or likely to create an erroneous impression regarding its character, value, quantity, composition, merit, or safety.”[5. Food and Drugs Act, Statutes of Canada, 5(1). Department of Justice. 1985. Department of Justice. Web. 5 April 2018. http://laws-lois.justice.gc.ca/PDF/F-27.pdf] As Canada does not recognize Israel’s control over the West Bank, where the wines in question were produced, it should also be required to recognize the falsehood of labelling them as Israeli products.

We call on you to uphold a standard of honesty that will allow Canadians to make informed decisions about the products they buy. We make this request with the eternal hope of a more just and peaceful future for Israel/Palestine.

Read more about our concern for justice and peace in Palestine/Israel.