Today was the first day that countries could sign the Nuclear Weapons Ban Treaty. Canadian Friends Service Committee joined many organizations in calling for Canada to sign. The Canadian government refused to go to the meetings about the Treaty, which was overwhelmingly supported by countries all over the world except for the nine nuclear states and most North Atlantic Treaty Organization members. 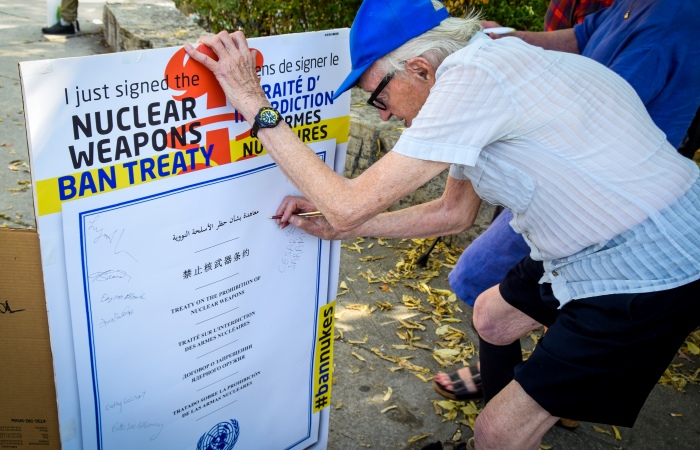 Friend Frank Showler, 98, was a conscientious objector during World War II and has been concerned with peace issues ever since. On September 20, 2017 he joined others in signing the Nuclear Weapons Ban Treaty in Toronto


Project Ploughshares, of which we are members, has been very active in tracking this critically important issue. You can find out much more about the importance of the Nuclear Weapons Ban Treaty and why it matters in this open letter published in the Hill Times.