The overall process surrounding the proposed Northern Gateway pipeline has failed to respect and protect the human rights of Indigenous peoples whose lands and waters would be affected by the project. Having reviewed the environmental impact assessment and the positions taken by affected First Nations, as well as the federal and provincial governments, our organizations conclude that this week’s conditional approval of the project by the federal government violates Canada’s legal obligations under both domestic and international law. Unfortunately, these serious concerns were only minimally addressed in the federally commissioned Eyford Report on the broader issue of West Coast energy infrastructure. 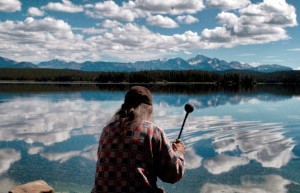 In a Joint Submission to the federal government this March, our organizations pointed out that large-scale resource development and infrastructure projects can have significant impacts on a wide range of human rights. These include rights to health and a healthy environment, the right to culture, the right to equality, the right to livelihood, and Indigenous peoples’ rights to self-determination and to use, control and benefit from their lands, territories and resources.

In decisions potentially affecting the rights of Indigenous peoples, special measures are required. Increased rigor must be applied because Indigenous peoples face a greater risk of harm due to the largely unaddressed legacy of rights violations and ongoing impoverishment and marginalization. Indigenous peoples’ rights are not a barrier to economic development. They provide a principled framework to ensure that development will be carried out sustainably and will benefit Indigenous peoples, rather than compounding injustices they have experienced.

The environmental impact assessment of the proposed Northern Gateway pipeline did not consider fundamental aspects of Indigenous peoples’ rights, such as their title to affected lands – rights that would include the “right to exclusive use and occupation of land” and the “right to choose to what uses land can be put”. Such matters were specifically excluded from the Joint Review Panel’s mandate.

During the review process, the federal government assured the Panel that it would consult with Indigenous peoples on their rights before giving the project final approval. Having failed to do so, the federal government has now called on the project proponent to carry out further consultation as a condition of the government’s approval of the project. It is the Crown alone that has the Constitutional duty to consult and accommodate Aboriginal peoples in regard to their rights and titles. It is unclear how meaningful, good faith consultation can take place at this point.

A series of Supreme Court decisions has established a Crown duty to consult with Indigenous peoples whenever considering action that might have an impact on their rights and interests. The objective of such consultation is to ensure that Indigenous peoples’ concerns are “substantially” addressed in a timely manner and not after the decision is made. Even before announcing approval of the project, federal ministers had already virtually declared that the government was determined to proceed with the project.

The Prime Minister’s special representative on west coast energy infrastructure noted that the Northern Gateway Review Panel did not address Aboriginal concerns. Douglas Eyford also criticized Canada’s approach to consultation, calling on the federal government to consider “early engagement to address Aboriginal interests” that may not be dealt with in a regulatory process.

Critically, however, when dealing with projects on the scale of the Northern Gateway proposal, the government’s obligations go beyond consultation. As described by the Supreme Court of Canada, the Constitutional protection of Indigenous rights requires “full consent of [the] aboriginal nation on very serious issues. This applies as much to unresolved claims as to intrusions on settled claims.”

International human rights standards, as set out in the United Nations Declaration on the Rights of Indigenous Peoples and the rulings of regional and international human rights bodies, also require a high standard of precaution in all decisions affecting Indigenous peoples’ rights and their lands, territories and resources. In many instances, the standard required is that projects should proceed only with the free, prior and informed consent (FPIC) of Indigenous peoples.

Canadian courts have made clear that international human rights standards are “relevant and persuasive” sources of interpretation of domestic legal requirements. It is presumed that courts will interpret Canadian laws in conformity with international standards. Courts have already relied upon the UN Declaration in interpreting Canadian law.

The federal government also acknowledges that the regulation of resource development should comply with international human rights standards. The Cabinet Directive on Regulatory Management states, “Departments and agencies are to respect Canada’s international obligations in areas such as human rights, health, safety, security, international trade, and the environment. They are also to implement provisions related to these obligations at all stages of regulatory activity, including consultation and notification, as applicable.”

The need to obtain the free, prior informed consent of Indigenous peoples is not diminished by court statements that Indigenous peoples do not have a “veto.” A “veto” is absolute, arbitrary and unilateral. In contrast, whether as a precautionary measure or as an expression of Indigenous peoples’ right to self-determination and ownership of their lands, FPIC is founded on legally-recognized rights and the risks that these rights could be harmed. As a standard of Canadian and international law, assertions of FPIC are also subject to review by Canadian courts and international human rights bodies.

The federal government has not responded to our Joint Submission and has not taken a human rights-based approach. Canadians concerned about government compliance with domestic and international human rights standards are encouraged to read the joint submission.

Download this statement in PDF for the references in this article.