Amnesty International Canada and Canadian Friends Service Committee (Quakers) extend our congratulations to the Tsilhqot’in people in their historic victory for the rights of Indigenous peoples.

In an unanimous decision released this morning, the Supreme Court of Canada recognized the right of the Tsilhqot’in people to own, control and enjoy the benefits of approximately 2,000 km2 of land at the heart of their traditional territory in central British Columbia. 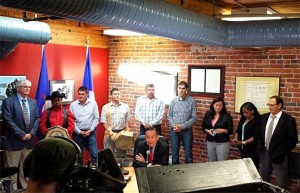 Today’s decision marks the first time that a Canadian court has awarded land ownership to a particular First Nation, rather than relying solely on negotiations between Canada and First Nations to resolve outstanding title disputes. In doing so, the Court also firmly rejected the federal and provincial governments’ position that Indigenous title should be restricted to small tracts of land under continuous, intensive use.

Responding to the decision, the Tsilhqot’in Nation said today, “The Supreme Court of Canada’s ruling ends a long history of denial and sets the stage of recognition of Aboriginal title in its full form.”

Our organizations made formal interventions in the Tsilhqot’in title case to encourage the Court to adopt an approach to Indigenous land rights that would be consistent with international human rights standards, including the United Nations Declaration on the Rights of Indigenous Peoples.

We strongly agree with the Court’s statement that, “What is at stake is nothing less than justice for the Aboriginal group and its descendants, and the reconciliation between the group and broader society.”

We welcome the Court’s affirmation that Indigenous peoples’ rights to own and control lands should be on a broad, territorial basis, which is necessary to ensure the health of their cultures and economies. We also welcome the cautionary message that the Court sent to governments and private developers looking to push ahead with projects in lands where, like much of BC, the issue of Indigenous title has not yet been resolved.

In its decision the Court advised, “Governments and individuals proposing to use or exploit land, whether before or after a declaration of Aboriginal title, can avoid a charge of infringement or failure to adequately consult by obtaining the consent of the interested Aboriginal group.”

We will be commenting further on this decision once we have had the opportunity to review it in greater depth.