Our organizations are profoundly concerned that construction of the Site C dam is being pushed ahead despite the conclusion of a joint federal-provincial environmental assessment that it would severely and permanently undermine Indigenous peoples’ use of the land; harm rare plants and other biodiversity; make fishing unsafe for at least a generation; and submerge burial grounds and other crucial cultural and historical sites.

The Site C dam is not just another resource development project. It is one of the largest such projects currently underway in Canada. For First Nations such as West Moberly and Prophet River, which continue to challenge the project in court, flooding the Peace Valley would take away one of the last remaining places where they can still practice their cultures and traditions. In other words, it would violate fundamental rights protected by Treaty 8, the Canadian Constitution, and international human rights law.

When the federal and provincial governments approved the project, they claimed that the severe harm that would be caused by Site C was ‘justified’ by the energy and the jobs it will produce. We strongly disagree. 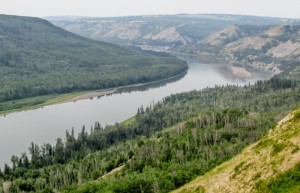 Ignoring the rights of Indigenous peoples can never be justified. Furthermore, in this day and age there are far less damaging and less costly methods that could be used to meet British Columbia’s energy needs – many of which would create more jobs than Site C.

Canada recently played a crucial role in achieving an historic global accord on climate change. The Paris Agreement calls on governments to increase the use of renewable energy but also reaffirmed the obligation of all governments to acknowledge and respect human rights, including the rights of Indigenous peoples.

In other words, energy projects that violate human rights are not clean or green.

Prime Minister, we urge you and your Cabinet to put the principles you championed in Paris into practice in Canada. We urge that construction of the Site C dam be halted immediately, that all permits be rescinded, and that the previous government’s approval of this project be re-examined. It is crucial that the federal and provincial governments work collaboratively with the Indigenous peoples of the region to reach common agreement on a long-term plan to protect Indigenous land use in the Peace Valley.

The people of Treaty 8 have said no to Site C. Any government that is truly committed to reconciliation with Indigenous peoples, to respecting human rights, and to promoting truly clean energy must listen.