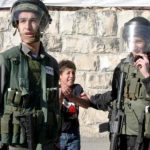 Every child should be free from cruel, inhumane, and degrading treatment. Just about everyone can agree with this statement.

In practice, one of Canada’s closest allies is cruelly and systematically mistreating children, and Canada is turning a blind eye.

Due to the nature of military law, an arrest warrant for Palestinians under occupation does not have to be issued by a judge. This means that children in the occupied Palestinian territories are regularly arrested on vague suspicion, typically that they may have thrown stones. To be very clear, Canadian Friends Service Committee does not support stone throwing or violence of any kind. The point, though, is that no one, whether they commit a crime or not, should have their basic rights trampled or be subjected to degrading and inhumane treatment.

UNICEF investigated many cases and issued a sobering report. Here is a summary of what Palestinian children face at any time without warning:

[T]he common experience of many children is being aggressively awakened in the middle of the night by many armed soldiers and being forcibly brought to an interrogation centre tied and blindfolded, sleep deprived and in a state of extreme fear. Few children are informed of their right to legal counsel.[1. UNICEF. Children in Israeli Military Detention Observations and Recommendations. 2013, pp. 9-10]

UNICEF explains the illegality of these practices under international law, law supported by Canada, at various points in their report. “The analysis of the cases monitored by UNICEF identified examples of practices that amount to cruel, inhumane or degrading treatment or punishment according to the Convention on the Rights of the Child and the Convention against Torture.”[2. UNICEF. Children in Israeli Military Detention Observations and Recommendations. 2013, pp. 9]

Three out of every four Palestinian children arrested in the occupied territories endure some form of physical violence at the hands of Israeli soldiers or police officers following arrest. In 97 percent of the cases, children are interrogated without legal counsel and without their parents being present.[3. Defense for Children International-Palestine. No Way to Treat a Child: Palestinian children in the Israeli military detention system, 2016, http://www.dci-palestine.org/no_way_to_treat_a_child_palestinian_children_in_the_israeli_military_detention_system]

Interrogators may use threats, intimidation, and physical violence in order to get a confession. They have threatened children and their families with death, physical, and sexual assault. At the end of these interrogations, the majority of children sign a confession, which is usually written in Hebrew, a language most Palestinian children do not speak.[4. UNICEF. Children in Israeli Military Detention Observations and Recommendations. 2013, p. 11]

Canada’s policy states a commitment to protection and promotion of the rights of children and youth around the world, particularly children living in conflict-affected areas.[5. Government of Canada, Children and armed conflict, June 13, 2017, http://bit.ly/2uelVLi] 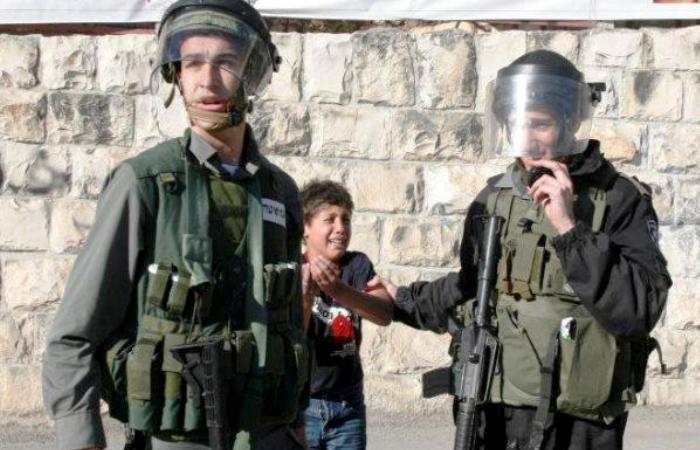 Find out more at http://NoWayToTreatAChild.ca and, if led, sign the petition to Prime Minister Justin Trudeau and Minister of Foreign Affairs Chrystia Freeland.

Learn more about our concern for a just peace in Israel/Palestine.