At the annual gathering of Quakers in Canada, Canadian Yearly Meeting in session, Friends found deep unity on a new position on reconciliation, acknowledging “that part of our journey is to decolonize our own thinking and sit in the discomfort and pain of confronting where we need to deepen our understanding, bear witness, and transform our behaviour.”

The full text of this minute reads:

At Yearly Meeting 2015 Friends approved Minute 2015.08.33 calling on individual Friends to read the Report of the Truth and Reconciliation Commission (TRC) and the Calls to Action. The Minute asks Friends to listen expectantly to the Spirit for guidance on what steps they may be personally led to take. It also asks Monthly Meetings and Worship Groups to engage with the materials shared by the Indigenous Rights committee of Canadian Friends Service Committee (CFSC) and prayerfully consider what actions they may take in working for reconciliation in their communities. We committed to minute our progress for the year at this Yearly Meeting.

Much has happened since our last Yearly Meeting: 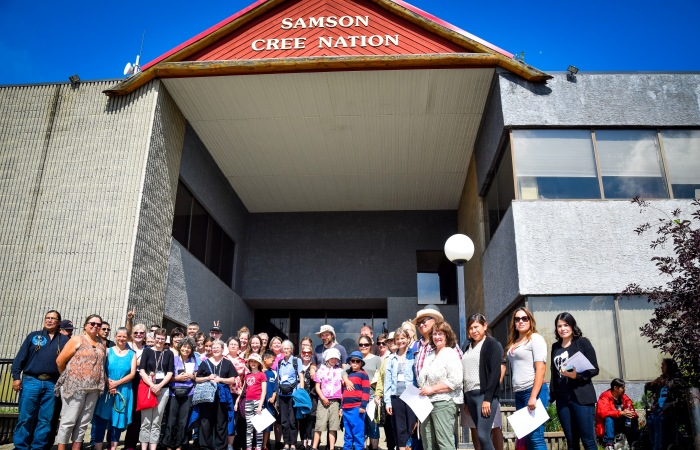 On a day when Friends passed a minute about taking reconciliation work “to the next level” we were welcomed in a visit to the Samson Cree Nation, Montana Cree Nation and Ermineskin Cree Nation

During the year, CFSC has explored the work of Reconciliation with many Meetings, Worship Groups and Half Yearly Meetings. As Friends engage in the work of reconciliation, we are committed to grounding our actions in our Spiritual practices, particularly of speaking to that of the Creator in everyone. Let Friends first listen to the concerns of Indigenous Peoples. We know it is not sufficient to be well-intentioned and make assumptions about what is best for Indigenous Peoples without asking what it is they want and need. All actions require the guidance of the Indigenous Peoples involved and need to be done with respect, cooperation and ongoing consultation.

We, as Friends, also need to be open to being challenged in our assumptions about the many destructive facets of colonial legacies and continuing racist practices and policies that constitute Canada’s historical and contemporary realities. We acknowledge that part of our journey is to decolonize our own thinking and sit in the discomfort and pain of confronting where we need to deepen our understanding, bear witness, and transform our behaviour.

While Friends corporately have often been on the forefront of advocating for Indigenous Peoples’ human rights, it is now time to prioritize this work and take it to the next level.

Friends recognize that reconciliation requires us to continue to learn, grow, and establish and nurture relationships with Indigenous partners.

We are a Society of Friends, and friendship entails a relationship greater than simply understanding our colonial history. As Friends, we commit to walking the path of friendship, following these instructive words:

I think about what I want for my children and grandchildren. What I want for them is to be loved and love other people in this country. Not to tolerate them, not to go to our respective corners and stop hurting each other, but to be wrapped up and engaged in each other’s lives.
– Douglas White, Kwulasultun (Coast Salish name), Tliishin (Nuu-chah-nulth name)
Director of the Centre for Pre-Confederation Treaties and Reconciliation, Vancouver Island University and former Chief of the Snuneymuxw First Nation

For Canada to grow and heal we must be active participants in a paradigm shift, moving from colonialism to a new reality based on respect for Indigenous Peoples’ Human Rights. We are reminded that we have CFSC’s Indigenous Rights committee to assist us and provide resources for this work. 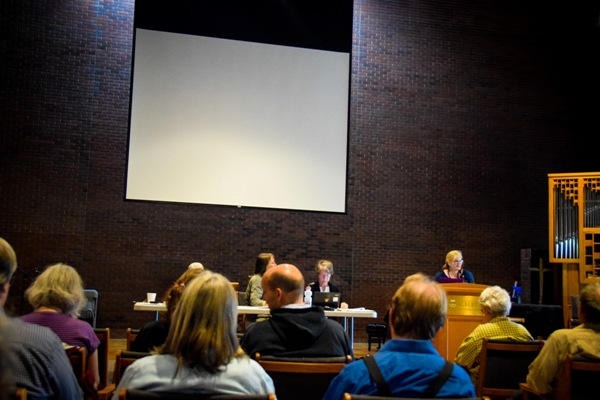 Friends at CYM 2016 passing this minute