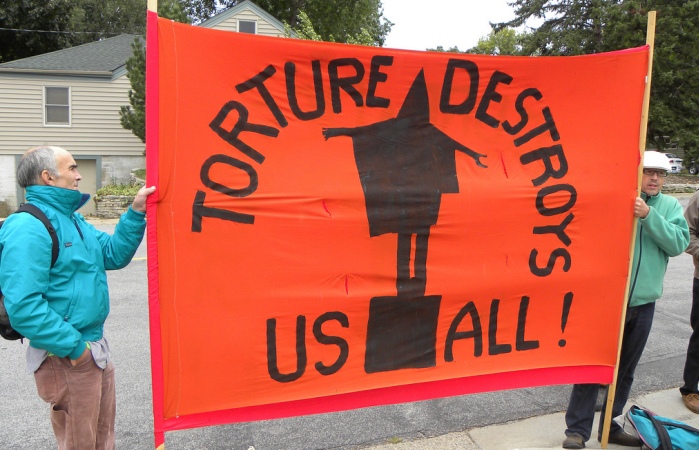 In the wake of the September 11, 2001 attacks in New York and Washington, Canada, along with many other countries, enacted anti-terrorism legislation along lines recommended by the United States. Quakers joined other civil society groups to form the International Civil Liberties Monitoring Group (ICLMG) to examine Canada's new anti-terrorism strategies.

We concluded that the new laws were developed to appease anxieties rather than to answer any evident need. Pre-existing Canadian and international law was already more than sufficient to provide reasonable security.

Both through intention and poor drafting, we found the legislation to be likely to have damaging effects. Sadly, we were right, and such effects continue to be witnessed and tracked by ICLMG today. These effects include the criminalization of dissent, "rendition" (i.e. removing people from Canada) to torture, and surveillance and assumed guilt of already vulnerable members of minority groups: immigrants, naturalized Canadians, refugees, Muslims, and Indigenous people.

The extent of warrantless mass surveillance with questionable security benefits was not fully known at that time, but our worst fears have since been confirmed by leaked intelligence documents from the US and Canada.

Our concerns over the lack of oversight and accountability of massive internet and phone surveillance programs caused CFSC to join with hundreds of civil society groups from around the planet in calling on Canada and other governments to adopt International Principles on the Application of Human Rights to Communications Surveillance.

Following the consensus of ICLMG members, we have joined in numerous cases and campaigns such as this. Individual Friends have also taken actions like standing surety for bail for persons accused based on secret evidence, attending court hearings to witness the struggle for due process, and contributing funds for humanitarian assistance and legal costs.

Stay up to date on civil liberties concerns from extra-judicial killings to no-fly lists by signing up for the regularly emailed News Digest of the International Civil Liberties Monitoring Group.