Doctrine of Discovery Must be Repudiated 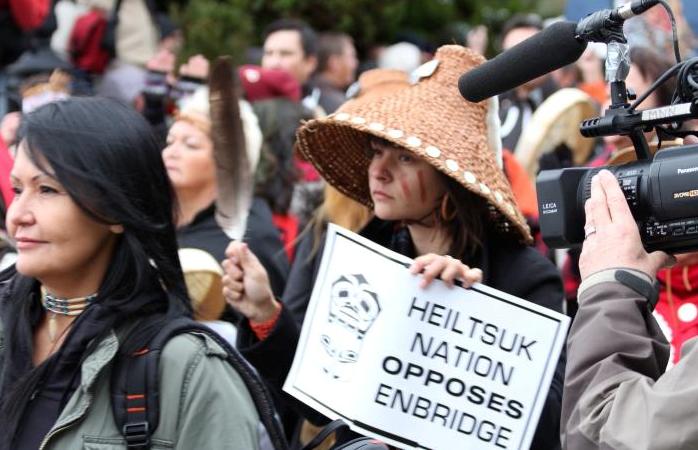 Indigenous Peoples’, human rights, and faith organizations are calling on Canada to ensure that Indigenous Peoples can freely decide for themselves whether and when resource development projects will take place on their traditional lands and territories.

In a statement released on the eve of the sixth anniversary of the adoption of the United Nations Declaration on the Rights of Indigenous Peoples, Indigenous Peoples’ and civil society organizations say it is time to end the colonial practice of imposing development decisions on Indigenous peoples.

“Decisions about the land go to the very heart of who we are as Indigenous Peoples,” said Perry Bellegarde, Chief of the Federation of Saskatchewan Indian Nations and Saskatchewan Regional Chief of the Assembly of First Nations. “We need to be able to make our own decisions, with full access to all the relevant information and without pressure or coercion, to ensure that the land is used in a way that reflects our values and our needs. We will always promote processes that unite us in finding long-lasting solutions.”

The UN Declaration affirms Indigenous Peoples’ right of self-determination and requires that governments obtain the free, prior and informed consent of Indigenous peoples in decisions about resource development on their lands.

“Inuit have indicated through our joint Circumpolar Inuit Declaration on Resource Development Principles in Inuit Nunaat that we want to be partners in development and seek out projects that benefit our communities,” said National Inuit Leader Terry Audla, President of Inuit Tapiriit Kanatami. “We see this as a natural extension of our rights as Aboriginal People, which are protected in Canada’s Constitution and in our five comprehensive land claims as well as the UN Declaration.”

The joint statement points out Canadian courts have already concluded that human rights declarations, including the UN Declaration, and other international instruments are “relevant and persuasive” sources of interpretation of human rights in Canada.

“The unprincipled opposition to the UN Declaration is just another example of Canada’s double standard on human rights and rule of law when it comes to Indigenous peoples,” said Ellen Gabriel, Indigenous rights activist.

The joint statement notes the growing international acceptance of the right of free, prior and informed consent, including its endorsement by a number of influential industry organizations.

“It’s deeply disappointing that when the world is finally beginning to embrace the rights of Indigenous peoples, Canada is attempting to turn back the clock,” said Jennifer Preston, Canadian Friends Service Committee.

Canada is at the heart of a contemporary global rush for resources. An estimated three-quarters of the world’s mining and mineral exploration companies are headquartered in Canada. Canada’s national Economic Action Plan is intended to support the development of an estimated 600 new large-scale resource extraction projects in the next decade.

The joint statement was endorsed by the following organizations: