Position paper on synthetic biology takes on the tough questions

Marie-Claude Bibeau,
Minister of International Development and La Francophonie
House of Commons
Ottawa, ON
K1A 0A6

We write with profound concern over the famines in Yemen, South Sudan, Somalia, and Nigeria. These famines are massive in scale and are presenting a huge challenge to the international community’s current response mechanisms.

In each of these cases, war and armed conflict are key drivers of famine. Human societies have developed the ability to deal with adverse agricultural conditions. That social resilience is invariably destroyed by violent confrontation. As World Food Programme South Sudan country director Joyce Luma says, “This famine is man-made…there is only so much that humanitarian assistance can achieve in the absence of meaningful peace and security…”[5. quoted in Quinn, Ben. “Famine declared in South Sudan.” The Guardian, February 20, 2017, https://www.theguardian.com/global-development/2017/feb/20/famine-declared-in-south-sudan]

With care and great urgency we profess that Canada cannot showcase our arms exporters while bemoaning the harms stemming from armed conflict. Earlier this month the annual Canadian Association of Defence and Security Industries (CANSEC) trade show wrapped up its demonstration of “leading-edge technology, products and services for land-based, naval, aerospace and joint forces military units.”[6. Canadian Association of Defence and Security Industries. “CANSEC 2017” https://www.defenceandsecurity.ca/CANSEC/cansec/Overview] We cannot fail to see the connections of Canada’s promotion of militarism, welcoming states with poor human rights records to Ottawa for CANSEC, while wars abroad conducted by some of these same states result in catastrophic loss of human life through direct violence and famine.

Canada is selling billions of dollars of light armoured vehicles to Saudi Arabia, while the Saudi-led coalition in Yemen is helping to fuel the famine there. Amnesty International reports that the Saudi-led coalition has carried out “indiscriminate and direct attacks on hospitals and other civilian targets.”[7. Amnesty International. “Yemen’s horror exposes the deadly hypocrisy of arms exporters like the UK and the USA.” August 26, 2016, https://www.amnesty.org/en/latest/news/2016/08/yemens-horror-exposes-the-deadly-hypocrisy-of-arms-exporters-including-britain-and-the-u/] The Huthi-armed group has also committed serious violations and abuses of international human rights and humanitarian law.[8. Amnesty International. “Oral Statement to the 34th Session of the UN Human Rights Council Item 10.” March 22, 2017, https://www.amnesty.org/en/documents/mde31/5883/2017/en/] 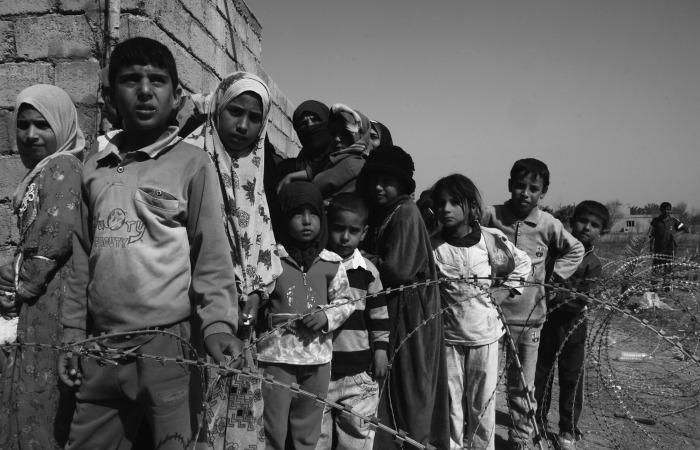 We are encouraged that the federal government has committed to matching donations given by Canadians in support of famine relief in Yemen, South Sudan, Somalia, and Nigeria and to other countries in the region impacted (Cameroon, Chad, Niger, Ethiopia, Kenya, and Uganda).[9. Government of Canada. “How the fund works.” May 26, 2017.] In addition to this initiative, Canada must become a leader in supporting those who are starving by refusing to sell arms to regimes that violate human rights and human dignity. Canada has delayed for far too long in signing, ratifying, and abiding by the Arms Trade Treaty. Doing so will be a meaningful contribution for those at risk of famine. There is great urgency to this and we expect complete and transparent reports from the government of Canada about how decisions have been reached around exporting Canadian arms. Canada can also play an increased role in peace diplomacy, supporting the fulfillment of basic human needs like security.

We are moved by the peacebuilding work of local actors in each of the countries facing famine. We would like to hold up just one example – the Winnipeg Women’s Resource Centre in Bor South Sudan. This project was initiated by Rebecca Deng and other South Sudanese women who arrived in Winnipeg as refugees. They have worked with colleagues in Bor to establish a women’s resource centre there, which is working on economic development, literacy, and peace education.[10. Winnipeg Women’s Resource Centre in Bor brochure. 2016.]

Last year, Rebecca and Pricilla, a colleague from Bor, attended a three week peace training program on Healing and Rebuilding our Communities (HROC), offered by Quakers. HROC brings together individuals whose lives have been scarred by violent conflict, helping them to process and move forward from their mutual hatred and trauma. For many, this creates a change in heart that can be deeply transformative. Such creative nonviolent work is happening at the grassroots, and Canada could do more to support it. Transforming violent conflict, responding early before its escalation, and not supporting its escalation in any way, are all important in addressing the horrible humanitarian crises like the famines that we’re witnessing right now.

Read other open letters by CFSC.